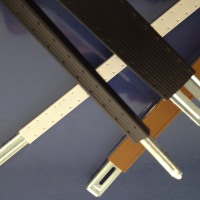 Profilex Spacers, a wholly owned subsidiary of the NEDEX Group represented in the UK and Ireland by Ashton Industrial, has secured a contract with Russia’s leading insulating glass manufacturing group to supply over 20 million metres of Warmedge spacers to factories in over 25 locations. . 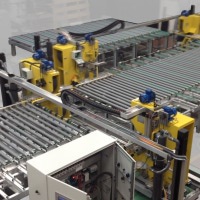 An impressive 5000 x 2800mm maximum glass lite size has been specified by GLASSWERKS Group owner and President, Randy Steinberg for his modern plant situated in the city of Los Angeles, California. . 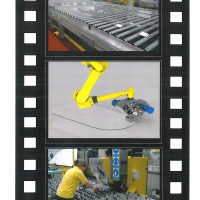 SEE ALL THE LATEST MACHINERY IN FULL SPEED OPERATION . We have  a range of film clips of Ashton Industrial machinery in full swing ! . So much more becomes clear when you can see with your own eyes what’s happening and how things really work.  Check out the current offering which includes SHAPESEAM-PRO robotic […] 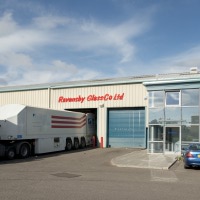 Everyone loves a success story, and we at Ashton Industrial are delighted to have been chosen to play a major role in the latest chapter of this one. 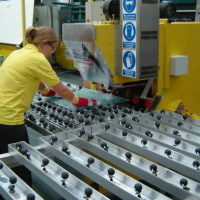 Glassolutions Saint-Gobain  in Estonia have upgraded their arrissing and pre-tempering process with an investment in Ashton Industrial’s PRO range of professional heavy duty equipment. 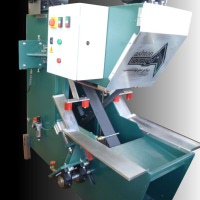 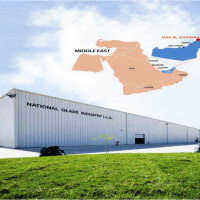 Mr Amjad A. Hussain, CEO & Managing Director of National Glass Industry L.L.C (NGI) in Ras Al-Khaimah, UAE and his team have decided to move their business to a higher level in terms of productivity, range of products and services.

BRANDING IN THE U.S.A. 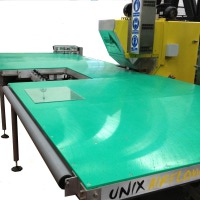 COUNTY COMES BACK FOR MORE ! 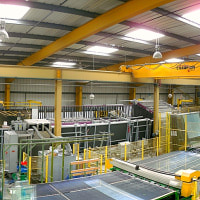 It was way back in 1998 that Ian Hamilton, owner and MD of County Glass, came striding on to our exhibition stand at GLASSTEC in Germany. "Steve," he said to me, " is that what I think it is?" It was the world's very first ever fully automatic arrissing (seaming) line for processing random sizes […]

THE SHAPE OF THINGS TO COME 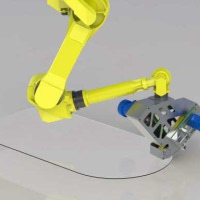 It had to happen!   Demand has been such that Ashton have now developed a concept for fully automatically arrissing (seaming) any shape of flat glass. So what’s so special about SHAPESEAM PRO ? No pre-programming is required, no library of shapes of data lists. It can be presented with any shape at any […] 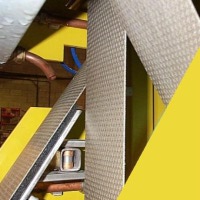 FUYAO Glass Industry Group has specified Ashton’s powerful triple diamond belt edge grinding machine for their automotive division based in Fujian province. The heavy duty TRIPLE-X  machine will be fitted with top quality diamond belts to provide a smooth flat edge and double arriss finish on shaped sidelites, backlites and windscreens. The flexibility of this […]

TWO MORE FOR THE KINGDOM 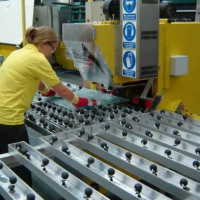 The value of heavy duty reliable arrissing is not lost on leading temperers in the Kingdom of Saudi Arabia.  More than 99.5% uptime round the clock, 24 hours a day is an absolute must if you don't want to have your tempering furnace, perhaps your whole production, out of action waiting for arrissed glass ! nbsp; In this […] 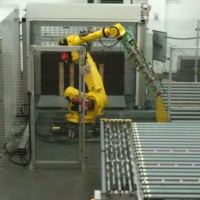 One of Egypt's leading experts in structural glazing and modern architectural projects, Nile Aluminium & Metals Company, is preparing to play a major role in the building of Egypt's economic future. The new government, led by PM Essam Sharaf, is in the news encouraging economic growth and investment from UAE, the US and the European […] 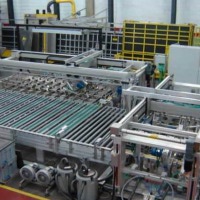 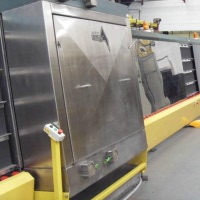 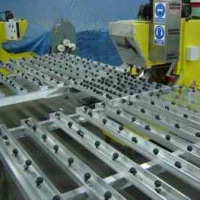 SAUDI AMERICAN GLASS are taking delivery of two UNIX heavy duty arrissing machines for their tempering operation this April.   Ashton Industrial have seen a steady increase in demand for these high-performance machines in Saudi Arabia and the UAE this past year, and are in negotiation for several fully automatic arrissing and furnace […] 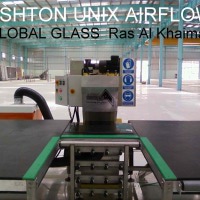 Some specialist glass coatings are easily damaged by water and manual handling, so the preference is for dry arrissing/seaming of edges when preparing the glass for tempering.     On the other hand, a finer finish is achieved, particularly on thicker glass, when wet grinding with diamond belts.   The brand new factory of […] 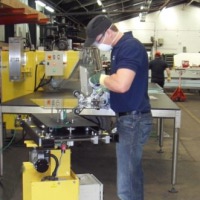